Yestercades is an incredible arcade in Red Bank for people of all ages. It is great for the community and environment in how all the games are recycled. Yestercades makes many games from the 80s playable and even has space to play newer games like Xbox and PlayStation. In that way, it is the perfect embodiment of a place that is both wonderful for the community and for the environment.

I had the pleasure of speaking with the owner of Yestercades, Ken. He gave some exclusive insight into his business just for us here at Coastal NJ Small Business.

Come down to the Red Bank street fair! We have a table out front selling $15 Day Passes and $1 drinks! #redbank #arcade #fun

Ken grew up in a small family pharmacy. While his original career was a job in sales, he started Yestercades in 2008 when the nation was facing tough financial times. He wanted to provide affordable family entertainment to allow people of all ages to escape to a time when they were carefree.

Ken tries to keep his machines as original as possible so that they have the same feel playing them in 2016 as they did in 1983. In that way, these machines work to transport players to a simpler time. Young people can see what it was like to be a kid in the 80s while those who grew up in the 80s can remember those days.

Ken said, “I’m in my 30s, and if I zone out to play Donkey Kong for an hour I forget the stress and responsibilities of bills, staffing…all those adult responsibilities. I’m taken back to carefree time when my biggest worry was if I had a zit.”

This is also important for the environment. When a machine is reconditioned, that is less waste and a great way to recycle.

The Challenge of these Machines

Maintaining these machines so that they run the way they used to presents a challenge for Ken, though, because there is no arcade store.

“It’s not like ‘I need a box of nails, let me go to Lowes” Ken explained. For that reason, he has to special order everything and hope that someone makes it a hobby. Ken said, “We do our best to keep everything as original as possible.”

Again, this is a great example of Yestercades’ recycling. Many of these parts are original and would otherwise end up in a landfill. 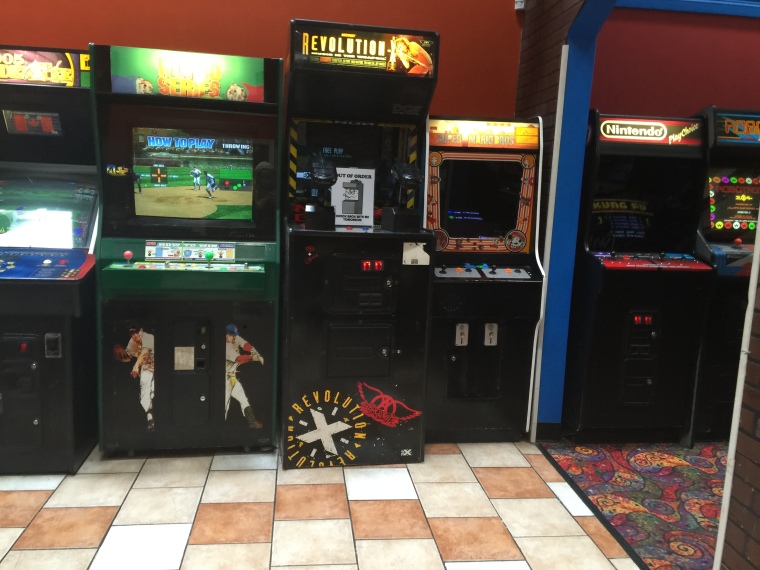 Upon visiting Yestercades, you will see children, adults, and co

llege students all playing. Children like it for the games. There is everything from Pacman to air hockey there for them. Adults enjoy it for the nostalgia. All the games from the 80s remind them of their great times playing them. Teens and twenty-somethings enjoy it for the ‘cool atmosphere’ and fun games, of course. Everyone loves the games.

“It’s very cross generational. You’ll see a dad and son playing Simpsons or Track & Field and then playing Xbox together on couch, when normally, the dad would have never played Xbox,” Ken said. 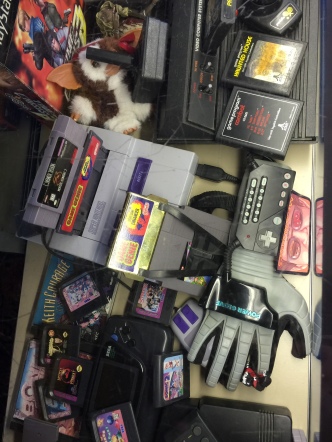 Ken has opened new location in Somerville, after being in Red Bank for five years. He said that he has seen how businesses evolve, even since he first opened. He does his best to keep prices the same as when he opened to provide the same inexpensive family fun atmosphere that he started Yestercades for.

Ken tells all his employees, “It doesn’t matter if there are two people or 100 in the arcade. You have to pay the same attention to everyone.”  That is why we love small businesses: you get the care and service that you couldn’t get anywhere else, and you make real community connections.